How Archaeology and Reporting Are Basically The Same Thing

I'm going to let you in on a little secret – I'm not actually a journalist.

I tripped and fell into this profession through an unmarked side door on my way from an archaeology department.

Some of you may recognize my byline. Most recently, I covered the city beat for the Lansing State Journal. Prior to that, I was writing about city government for the Battle Creek Enquirer. I also did a stint at a weekly paper in Troy way back in 2018.

Prior to that is where things get a little unconventional for a news reporter.

Journalism was never on my radar while I was in school. I did my undergraduate studies at Oakland University in anthropology and linguistics. From there, I went on to get my masters at the University of Edinburgh in classical art and archaeology. My dissertation was on first century synagogues.

I learned many things in grad school, including that I didn't want to be an academic. So, after a moment of panic, I started asking questions, reading reports and looking up data to try to make informed decisions on what I should do next.

In the middle of that process, I realized that what I was doing was not dissimilar to reporting. Upon further consideration, I decided that journalism wasn't that far removed from archaeology. After all, digging for information is digging for information. The biggest difference was that in journalism, the people you want to ask questions of are alive.

Now, instead of consulting primary sources as a historian, I'm creating them as a journalist.

Given my background, I appreciate the responsibility that comes with witnessing history, especially as we continue to face unprecedented times full of big questions and sudden changes. As a journalist, I believe my responsibility is to tell stories plainly and accurately.

I'm excited to cover Michigan politics for Gongwer. I promise I'll be here to ask questions, document events and uncover information so that we can all understand the historical moment we're living in a little bit better.

Feel free to reach out to me with news tips or story ideas at edurnbaugh@gongwer.com or on Twitter at @ElenaDurnbaugh. I'd love to hear from you.

Kimberly Edwards of Eastpointe said she always knew she had a real chance at winning the Democratic primary in the 12th House District.

She was an underdog candidate spending less than $1,000 and going up against incumbent Rep. Richard Steenland (D-Roseville), but she wasn't worried about her longshot odds.

"I just felt that with the redistricting and how it was set up that this was an opportunity for someone to provide the things that the community actually needs," Ms. Edwards said.

Ms. Edwards won about 52 percent of the votes cast in the district, which stretches from 14 Mile Road in Macomb County south toward East Outer Drive in Wayne County. Mr. Steenland won about 48 percent, according to unofficial election results. Ms. Edwards stated that she worked in both counties and is a social worker.

In recent memory, Ms. Edwards is only the third known candidate to win an election (she is heavily favored to win the solidly Democratic seat in November) having filed paperwork with the state that says she will spend less than $1,000 on the race. Sen. Betty Alexander (D-Detroit) and former Rep. Lamar Lemmons Jr. (D-Detroit) were the others.

The new Detroit component to the district made the difference as Mr. Steenland won the Macomb portion narrowly, but Ms. Edwards won the Detroit portion by enough to put her over the top. Her win meant the number of Black House members in Detroit will be at least 14 come 2023 and could grow by one to three more depending on the November election.

Although Ms. Edwards' victory might have been the biggest upset of the night, she wasn't the only candidate to push an incumbent out in her primary, thanks, in part to new district lines (See Gongwer Michigan Report, August 2, 2022).

Matthew Bierlein of Vassar toppled incumbent Rep. Rodney Wakeman (R-Frankenmuth) in the new District 97, winning 59 percent of the vote to Mr. Wakeman's 30 percent. Virtually everyone in the Capitol community anticipated Mr. Bierlein would win but the margin was still eye-popping. It is rare for an incumbent to lose to a non-incumbent legislator in a primary but to lose by that type of margin is unheard of.

Neither Mr. Steenland nor Mr. Wakeman could be reached on Tuesday to discuss the results of the election.

"From the start of things, we felt really good about it because of the breakdown of the district," Mr. Bierlein said. "There was a large portion that was still Tuscola County, which is where I had done very well in the 2018 election against Rep. Greene … so we knew that would be good."

Mr. Bierlein added that, in late June, he heard about a poll that showed him leading in the race, which boosted his confidence.

"When we knew that things were positive, and I had already been running a strong campaign, we just tried to keep running like we weren't winning," he said. "It seemed to work."

Mr. Bierlein lost a close race to now-Rep. Phil Green in a much different district in 2018. That meant, Mr. Bierlein said, watching votes come in Tuesday night was especially rewarding.

"The support that we've received has been so overwhelming, and it was nice to see the reassurance that is wasn't just the bubble we were living in," he said.

Mr. Bierlein said he hopes to take that community support forward into the general election. In the solidly Republican district, he should be a shoo-in.

"We're going to stay involved in the community. We're going to continue to go to the events and support the people that we're looking to represent in the way that they've been supporting us," he said.

Not much will change about his message to District 97, either, Mr. Bierlein said.

"We want to make sure that we're taking our local values down to Lansing," he said. "And those are faith and family, and hard work, personal responsibility … This is a pretty rural agricultural district and those are the things that they value here, and that's what they want to see in their representatives."

In District 12, Ms. Edwards acknowledged that although she felt confident, she knew she was fighting an uphill battle all the way through the primary.

"I only had a limited amount of money versus someone who was spending way more," she said. "I had to do the best that I could with the things that I had. … So we went door-to-door … we made phone calls. … I just used the people that I knew that were in my circle that understood what was needed, and that's how we pulled this off."

Mr. Steenland, however, spent only $9,624 on this campaign this year, a very tiny sum for an incumbent. What will likely haunt him is he was sitting on more than $38,000 in his campaign account that, if deployed, could have changed the outcome.

Part of the reason Ms. Edwards said she wanted to run was that the new district combines portions of Macomb and Wayne counties, and she sees that as an opportunity to start important conversations in Lansing and between the communities she wants to represent about the needs of the area.

"They're two totally different areas. How can we bridge the gap?" she said. "I see this as an opportunity for both counties to come together and work together."

Now that the primary is behind her, Ms. Edwards said she is working to develop her game plan for the general election.

She said she's committed to talking to voters and hearing from them what they need while continuing to focus on issues that are important to her including women's health care, public safety, safety in schools and helping people in the community achieve financial freedom.

"I'm ready to let the community know that I'm here, and I'm ready to speak on their behalf," Ms. Edwards said. "And I want to say I have their back." 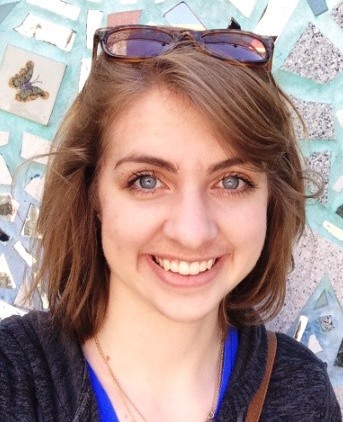